St. Nicholas Abbey’s 350-year history is filled with colourful tales of murder, love and intrigue; its owners have played pivotal roles in both Barbadian and American history.

In the mid-seventeenth century, planters Col. Benjamin Berringer and Sir John Yeaman, partners in real estate speculation, owned two adjacent properties in Barbados; the Berringer Plantation to the north, and Yeaman's plantation, known as Greenland, to the south.

Encompassing over 365 acres, the collective property was quite large and the two men often disputed where the property lines fell.  Their dispute was magnified by Yeaman’s affection for Berringer’s wife, Margaret.

Berringer, hailing from an influential aristocratic family in England, came to Barbados in 1624. Finding success as a planter, he became a member of the Barbados Council, making him an influential man in the island’s early society.  He built the plantation’s Jacobean great house in 1658 as a family home for his wife, Margaret, and their three children.

In January 1661, Benjamin and Margaret Berringer had a heated argument, compelling Berringer to leave the plantation for Speightstown, a busy seaport located on the West Coast of Barbados.  It is said that Yeamans arranged for a third party to poison his business partner and romantic rival during this visit; Berringer subsequently died in his friend Mr. Dickinson’s house.  Yeaman and Margaret were married in April that year, while Margaret was pregnant with Benjamin's fourth child, a daughter she also called Margaret.  Upon their marriage the two plantations merged into one property named Yeamans Plantation.

Yeaman lead an eventful political life with several ties to American history; after the Restoration, his Royalist loyalties were rewarded with an appointment as the first Governor of Carolina. Yeaman sent three ships from Speightstown to Carolina in 1663.  These first colonists landed at Cape Fear in what is now North Carolina, however they found the land difficult to farm and moved south, where they founded Charlestown. Yeaman himself sailed to America in 1669, accompanied by Margaret and the younger children.  He also brought several slaves, thought to be the first slaves introduced to Carolina.

When his health declined in the early 1670’s, Yeamans returned to Barbados with his family; he lived at the Plantation until his death in 1674.  The plantation remained in the Berringer family, passing to Margaret’s son upon her death several years later, and subsequently to Berringer's daughter and son-in-law, Susannah and George Nicholas. Susannah detested Yeamans, her grandfather’s assumed murderer, and refused to keep his name on the property. It was then that Susannah and George changed the name to Nicholas Plantation.

In the mid-1720’s, falling sugar prices forced the Nicholas family to sell the property.  Joseph Dottin purchased the property, presenting it as a gift to his daughter, Christian, upon her marriage to Sir John Gay Alleyne in October 1746.

The Dottins were a prominent family in Barbadian society; the appointment of Deputy Governor of Barbados had traditionally passed from Dottin father to son for many generations.

Sir John, himself a prominent member of the Barbados community, served as Speaker of the House of Assembly from 1767-1797 while also managing Mount Gilboa Plantation and Distillery for his close friend, John Sober.  He did such an excellent job managing the plantation that it was posthumously renamed Mount Gay in his honour, and carries the name to this day.

Under Sir John's ownership a number of changes were made to the plantation, including physical upgrades to the great house. The Jacobean style had become old-fashioned; so he added the triple arcaded portico, sash windows and intricate Chippendale staircase to modernize the house.

In honour of the Treaty of Paris in 1783, Sir John replaced the original Cherry Trees lining Cherry Tree Hill, the entrance to the plantation, with Mahogany trees. The first of their kind on the island, these trees still stand today.

Perhaps the most significant contribution Sir John made to the plantation was introducing rum distillation as a means of economic sustainability.  Like most Barbadian plantations, its primary source of income was sugar and its related by-products.  The plantation’s mill produced sugar and molasses in its early years, with production changing to syrup later on.  These products, as well as the distilled rum, were exported to Europe and America.  At the height of production, Nicholas was considered to be one of the most successful plantations in the Caribbean.

After Christian’s death in 1782, Sir John Gay Alleyne married his cousin, Abel Alleyne, with whom he had several children.  Sir John continued to live at St. Nicholas until his death in 1801 (Abel died in 1800).  Christian’s will had stipulated that Nicholas Plantation pass to her own children upon Sir John’s death; but with no surviving heirs (their only son died at age 12 while at school at Eton), ownership reverted to the Dottin Family.  Political difficulties in Europe and the start of the Napoleonic War made it nearly impossible to track down the Dottin descendants, who resided in several different countries.  During the search the property incurred considerable debt and was taken by the Chancery Court in Bridgetown in 1810.

In 1810, brothers Edward and Lawrence Trent Cumberbatch purchased the property from the court for £20,500, the sum of the amassed debt. Edward Cumberbatch Jr. stood to inherit the family’s real estate holdings, including Nicholas Plantation.

There was just one condition; he could not wed his true love, Mary, the daughter of Andrew Ashe, a musician from Bath, England, for at least five years after his father’s death.

The family considered Edward Jr. a financial risk, and believed the marriage to a poor musician’s daughter would only make matters worse.  His father believed his romantic interests would wane over the five years, leading him to find a more suitable - and financially attractive - bride.  Edward Jr. proved his father wrong - choosing love over money, he wed Mary Ashe and forfeited his right to the family inheritance.

As a result, Nicholas Plantation, as well as nearby Ebworth Plantation and additional land in Speightstown, passed to Sarah, Edward Sr.’s daughter, in 1834. 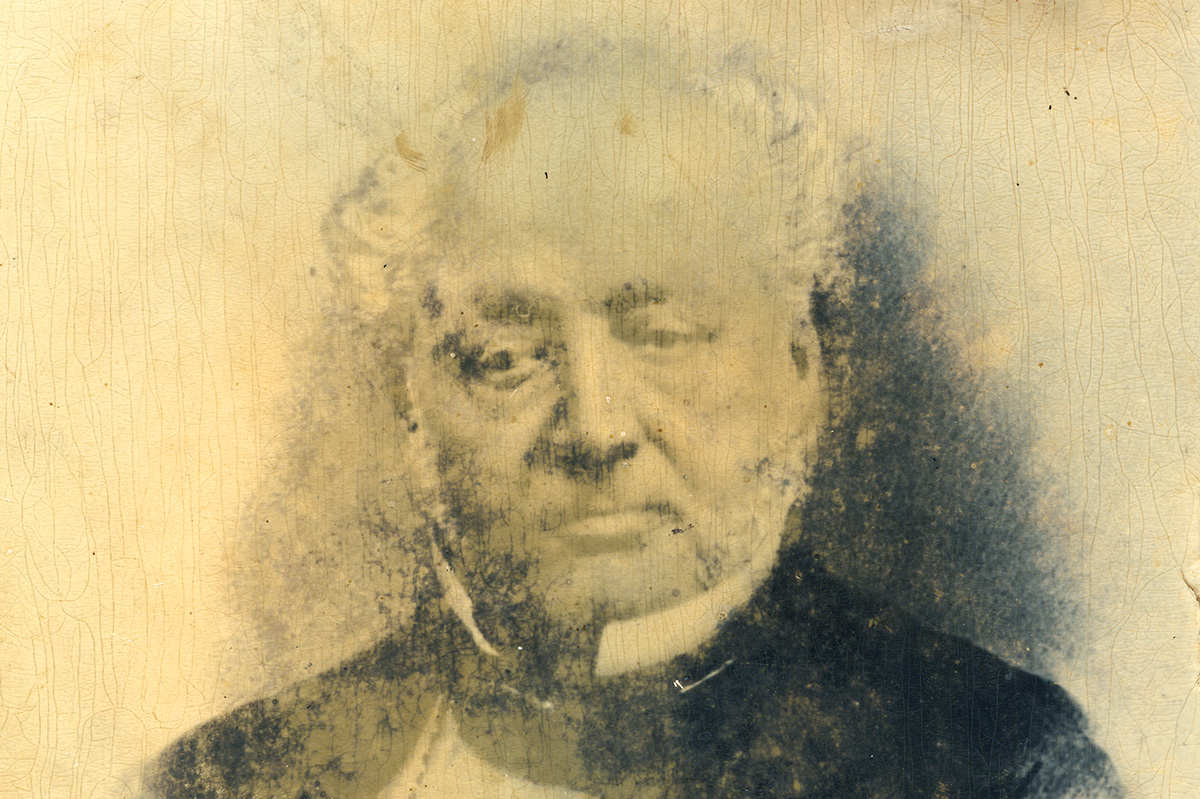 Sarah Cumberbatch had married Charles Cave, who stood to inherit half of the Cave Family’s banking interests, making them suitable guardians of the Cumberbatch Family’s estate.  It is believed the couple gave the plantation its present day name; they combined the existing name, ‘Nicholas Plantation’, ‘St. Nicholas Parish’, where the Cumberbatch family lived in England, and ‘Bath Abbey’, where the couple married, to create the name ‘St. Nicholas Abbey'.

Despite the controversy over the family inheritance, Edward Jr. remained on good terms with Sarah and Charles.  Both couples gave birth to a son in 1824, each with the name Lawrence Trent (L.T.) in honour of their great-uncle. The cousins were life-long friends whose lives were closely intertwined.

L.T. Cave was a fellow of The Royal Geographic Society and travelled widely in Southern Algeria prior to its official exploration and mapping; he published a book titled The French in Africa.  He was a linguist, fisherman and accomplished yachtsman.  It was on his yacht, The Brunhilda, that L.T. Cumberbatch unexpectedly passed away during a fishing expedition in Scotland.  Both cousins, their wives, Laurentia and Sir George were on board at the time. L.T. Cave also passed away aboard a yacht, The Alvina, in 1899. 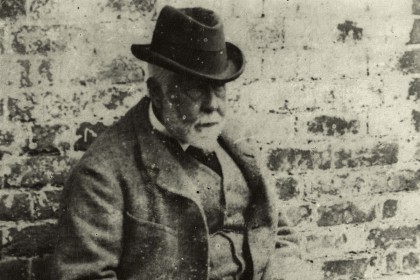 On his death, St. Nicholas Abbey passed to his eldest son, Charles John Philip Cave. He spent his life pursuing his hobbies, becoming a renowned expert in both meteorology and English cathedrals.  He photographed 642 cathedrals, churches and abbeys throughout the British Isles; some of which still distribute his pamphlets today.  He was also the first President of the Meteorological Society to be re-elected and hold the post for two consecutive terms.

Among his staff at the Meteorological Society was a young scientist named Robert Watson Watt, whom Charles J.P. Cave introduced to many leading scientists in the UK.  Upon Charles’ death in 1950, Sir Robert Watson Watt, as he was then known, credited those early introductions for his success in discovering radar technology, used heavily during World War II.

The Cave Family owned St. Nicholas Abbey for nearly 200 years, largely as absentee landowners.  The plantation ran under management of an overseer, producing sugar and syrup at the plantation’s mill.  The family made periodic visits to the property; in 1935 Charles J.P. Cave filmed the charming home movie shown on the visitor’s tour.  It provides a spectacular glimpse of plantation life as well as the mill in operation during the height of sugar cane season.

St. Nicholas Abbey continued to produce sugar and syrup until 1947, when ownership passed to Charles' son.  In an effort to economise, production was outsourced to a larger factory on the island.

Lieutenant Colonel Stephen Cave, Charles Cave’s great-great-grandson, inherited the house in 1964. Lt. Col. Cave moved to St. Nicholas Abbey in 1978, becoming the first owner to live full-time on the plantation since the 1800’s.  Lt. Col. Cave loved St. Nicholas Abbey and chose to open it to the public, creating one of the first heritage attractions in Barbados.  He delighted in sharing the home movies filmed by his grandfather and other stories of his family’s visits to the property.

Lt. Col. Cave had no children and upon his death in 2003, St. Nicholas Abbey was passed to his nephew, James Petri. 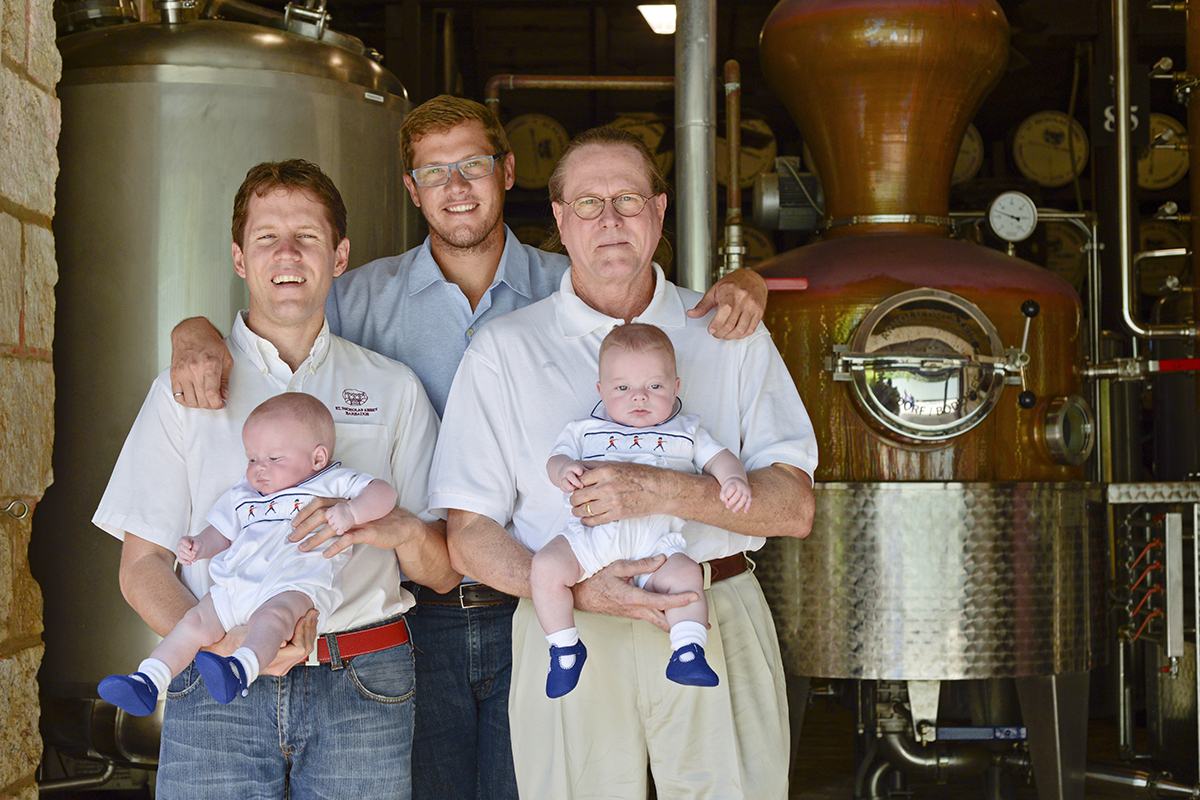 James Petri, the last owner within the Cave Family, sold the property to its current owners, renowned Barbadian architect Larry Warren and his wife, Anna, in 2006.  The Warrens purchased the property in order to preserve it as a part of the island’s rich heritage.

Larry, Anna and their sons, Simon and Shae, have overseen a meticulous restoration of the property as an operating sugar plantation.

It is the family's mission to develop St. Nicholas Abbey as a self-sustaining heritage attraction, cultural centre and self-supporting plantation as a legacy for Barbados.

The Warren Family has its own ancestral ties to St. Nicholas Abbey.  Larry’s great-grandfather, William Richards, owned a jewelry store in Bridgetown called William D. Richards and Son; the son being Larry’s grandfather, Ernest.  Renowned throughout the Caribbean for their expertise as both jewelers and watchmakers, William and Ernest were contracted to maintain many of the clocks on the island, including the Parliament Clock and the clock at Harrison College, one of the island's premier learning institutions.  William and Ernest were also commissioned to maintain many of the plantations' clocks, and likely visited St. Nicholas Abbey to maintain the grandfather clock located on the landing.  Upon purchasing the plantation, Larry discovered a clock made by William D. Richards and Son tucked away in one of the upstairs closets of the great house, which is now a family treasure.

Anna’s grandfather, Dr. Archibald Herbert, was a prominent doctor in Barbados; his advice was often sought in settling both family and neighbourly disputes any time of the day or night.  Perhaps his voice of reason would have come in handy during the disputes between Berringer and Yeaman, although it may well have altered the fascinating history St. Nicholas Abbey calls its own.

On 13 April 2013, Simon Warren married Camilla Louise Whitehead at St James Church followed by a reception at St. Nicholas Abbey.  The couple welcomed their twin sons,  Arthur and Henry, in May 2014, establishing the next generation of St. Nicholas Abbey stewardship. On 11 October 2017 Camilla and Simon's third son George Larry Warren was born. 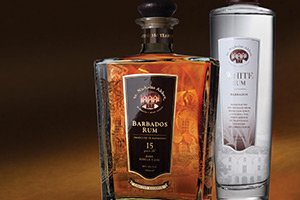 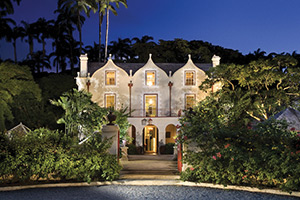 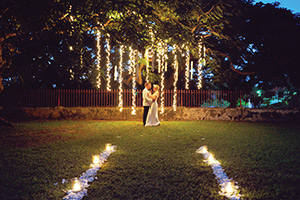